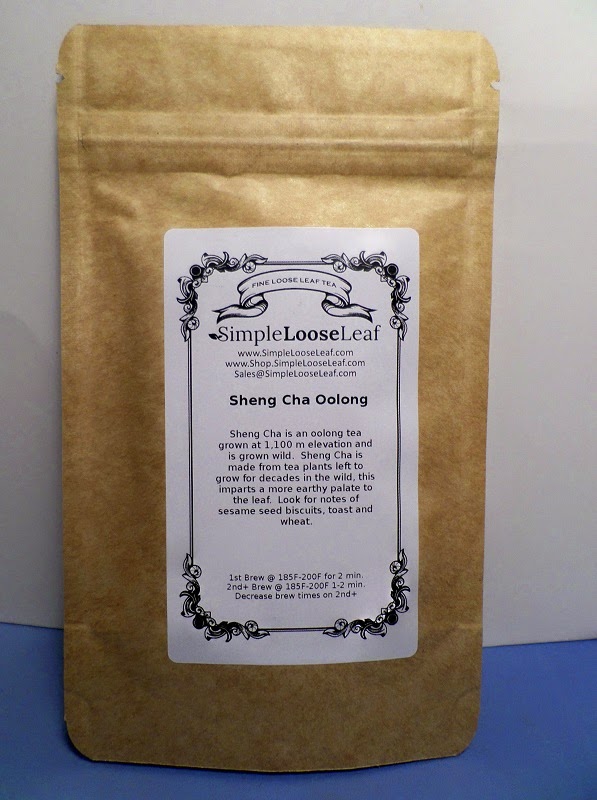 Simple Loose Leaf Description:
Sheng Cha is an oolong tea grown at 1,100 m elevation and is grown wild.  Sheng Cha is made from tea plants left to grow for decades in the wild, this imparts a more earthy palate to the leaf.  Look for notes of sesame seed biscuits, toast and wheat.

My Review:
Another short break from my white tea extravaganza. Today we will be looking at a tea I had not heard of before this sample. Sheng Cha. Sounds like a raw puerh. Instead this is an oolong. It does not say as much on Simple Loose Leaf's site, but I believe this tea comes from Taiwan.

The top removed from the resealable pouch causes me to ponder what I am smelling. After a moment I decided it was like the tops of strawberries. It is more than subtle, but not enough to think scented. 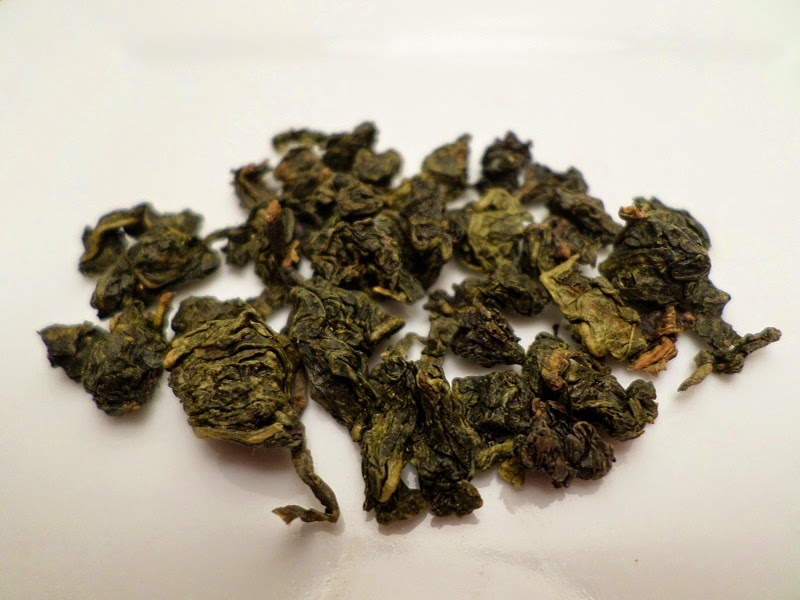 Scooping out a spoon of leaf, this looks like typical tieguanyin nuggets. Mainly dark green, with lighter green highlights, and a stem that reminds me of a polliwog tail.

The nuggets look deceptively loosely packed. Turns out they are hiding some massive leaves.

My Bodum press was called into service for this session. I wanted clear glass and lots of room. The press was warm and wet as I added the leaf. The damp aroma was a lot like an American biscuit.

Simple Loose Leaf's steeping parameters offers a range on the temperature from 185 F to 200 F. I used 194 F filtered water, and the 2 minute steep as called for by Simple Loose Leaf. 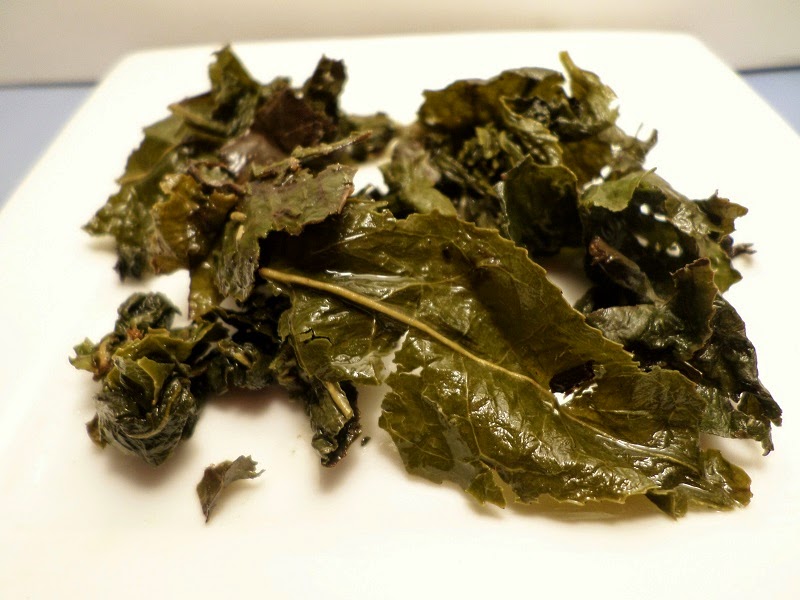 While steeping the nuggets fizzed, like a carbonated beverage. Pretty cool to watch. The leaf was in constant motion. It was sloooow motion but movement none the less. The leaf slowly began to unfurl. It wasn't until after the liquor was poured into the cup that I realized just how huge the leaf actually was that was packed in those nuggets.

After the first steep most of the leaf was still only slightly relaxed. The wet steeped leaf has an aroma that has again changed. It is kind of a baked bread scent with very light touches of strawberry and apricot marmalade. Slightly stronger is the aroma of light roasting and the floral notes of oolong. It is an interesting mix. 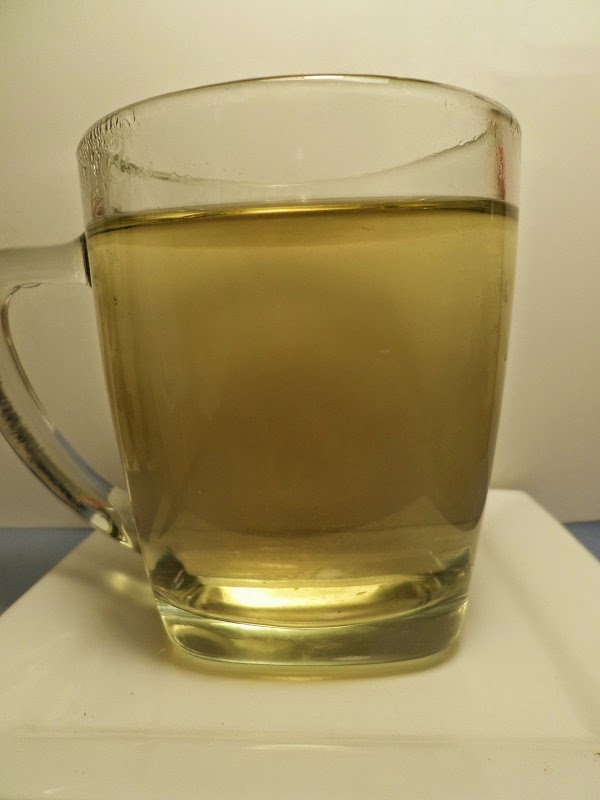 The color of the brew is like that of white grape juice. It has a light fruity and floral scent. The taste is a little of an eye opening, "O Wow!" moment. Not because it is the most amazing tea I have ever tasted, but because of the quick succession of flavors that shoot by. I doubt I caught them all.

First, I tasted biscuit and baked bread, then fruit. Again it reminds me of strawberry tops. I have not seen any other reviews that caught this same note, so it is just for me, and I appreciate it. The next flavor to fly by is a brief moment of walnut shells. Then it settles into a fruity and floral oolong flavor. Mixed throughout I catch brief roasted notes.

It is interestingly kind of tart leaving a little tingle around the lips and gums. It is also a bit sweet. The feel is a bit milky or almost foamy. It is a very curious cup. I can't quit tasting and analyzing.

The second cup calls for 1-2 minute steep. I chose 1 1/2 minute. The flavors seem to follow the first cup pretty close with maybe a touch more tingle.

This is a cool, need to try it, tea. I have read several reviews. All of them have been positive and all of them have interpreted it differently. I expect minor differences but this is all over the place. I find that fascinating.


Posted by The Everyday Tea Drinker at 1:10 PM