You Can Reuse Tea Leaves And Tea Bags? 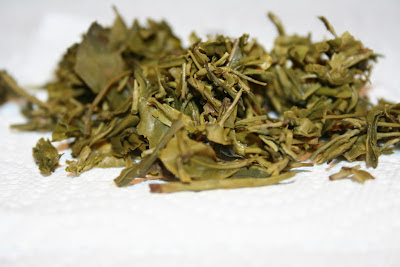 Recently on the Steepster discussion board a new member of the tea community expressed some shock and disbelief at the mention of using the same leaf to brew a second cup. They asked, who would actually do this? The resounding answer was just about every member of the community.

This person’s British tradition seemed to be brewing strong black tea from a tea bag then adding milk and sugar. In this particular situation they may not be able to get multiple cups as they have two strikes against them. The first is the use of a tea bag. The second is brewing black tea.

Most tea bags are filled with fannings. This is tea leaf that has been cut or torn into very tiny pieces. The benefit is the bag releases much of its flavor very quickly. That means there is not much left in the leaf for another go. I have been able to get a second steep on rare occasions depending on the tea and how strong I like it. I have increased my success by using two bags combined that have been previously used once. My advice is to experiment, what have you got to lose?

Black teas, even loose leaf, are often not good resteepers. I suppose it is due in part to their being fully oxidized, but that is just a guess. Most loose black teas are made up of broken leaf (though much larger pieces than fannings). The broken leaf generally limits the ability of the leaf to be reused.

I find I can reuse most loose black teas for a second cup. I do this often with Twinings, Ahmad, and similar quality black teas. Ounce per ounce these teas sell for about the same whether bagged or loose. The good news is with resteeping the loose leaf is a much more frugal choice. The second cup generally tastes just like the first.

Some better quality Chinese black teas I have tried will steep 3 to 6 times. Even though they initially cost more, they may be less expensive per cup when you include reusing the leaf.

Most loose green teas will steep 3 to 4 times and some a lot more. What is interesting here is each cup may have a bit different flavor. That is part of the experience in learning to enjoy them. White tea is similar to green in its steeping ability.

Oolongs resteep well. Getting 4 to 6 cups is common. I recently had an Iron Goddess of Mercy oolong that I quit at 8 or 9 and it was still going strong.

Puerh is another type tea that is excellent for reusing. Once you learn to appreciate the taste of a puerh, 10 cups is not uncommon from one serving of leaf.

The experts say to toss the leaf at the end of the day. The fear is the moisture in the leaf can encourage harmful bacteria or mold growth. I have kept my leaf overnight successfully many times. I drain the leaf as much as possible, then spread it out in the bottom of my press so air can get to it and dry it. I am not recommending this to others. I am just telling you what I often do with my leaf. Others tell me they cover the leaf and stick it in the fridge. If you have any doubt about the safety of your leaf toss it out. The hospital charges a lot more than the tea shop!
Posted by The Everyday Tea Drinker at 8:27 AM