Slow Down And Smell The Tea Leaves


I can’t speak for the rest of the world, but here in America, we are in a hurry.  We rush out the door without eating breakfast. We gulp down our lunch without properly chewing, just so we can get back to work. We drive like crazy to get home. Then rush through our evenings, so we can do it all over again tomorrow.

Most of us approach our tea the same way. That may explain why tea is the fifth most consumed beverage among adults in America – after water, soda, coffee, and beer (Source: What We Eat in America, NHANES 2007-2008) – while it is the number two drink in the rest of the world. We don’t take the time for tea. We are the people who pound on the microwave and holler, “Hurry up!” For most people in America, tea often means poor quality iced tea someone else prepared, or plopping a teabag in a cup so we can quickly guzzle it down. What’s our hurry? 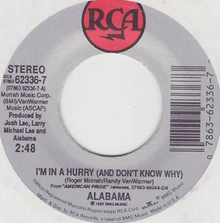 I'm in a hurry to get things done
Oh I rush and rush until life's no fun
All I really gotta do is live and die
But, I'm in a hurry and don't know why
(Alabama 1992)

The song lyrics quoted above really spoke to me when it came out a couple decades ago. I literally slowed down while driving my car. I began to set my cruise at the speed limit and let others speed on by me.

Much more recently, my discovery of loose tea has had just as big an impact. Through preparing tea I have learned to slow down and notice what is in my cup, greatly enhancing my tea sipping experience.  Loose tea, done right requires attention. Give it the time and it will more than repay. If you are not doing so already, next time you are preparing your favorite cup, slow down and smell the tea leaves.
Posted by The Everyday Tea Drinker at 6:42 PM